Manufacturing empowered by digital twins: the alliance between physics-based and data-driven models

Francisco Chinesta is full Professor of computational physics at ENSAM ParisTech (Paris, France). He was (2008-2012) AIRBUS Group chair professor. He is honorary fellow of the “Institut Universitaire de France”, Fellow of the Spanish Royal Academy of Engineering. He received many scientific awards and is author of 300 papers in peer-reviewed international journals and more than 600 contributions in conferences. He is president of the French association of computational mechanics (CSMA) and director of the CNRS research group on model order reduction techniques in engineering sciences. He is editor and associate editor of many journals. Since 2013 he has been ESI chair professor on advanced modeling and simulation of materials, structures, processes and systems, and he is the president of ESI Group Scientific Committee.

Abstract
This presentation aims at introducing the main building blocks of a digital twin, embracing physics-based and data-driven functionalities, both enriching mutually. Both should proceed in almost real-time, and the last being able to proceed in the scarce data limit. When applied to materials and processes, model order reduction technologies enable the construction of the so-called “computational vademecum”, whereas data-driven modelling, based in advanced regressions, must be informed by the physics to encompass rapidity and accuracy, in the low data limit. Despite of the recent advances, a lot of functionalities are needed and are under progress, some of them representing real scientific challenges. A number of them, the ones that we estimate being the most crucial, will be discussed, and the most recent accomplishment pointed-out. 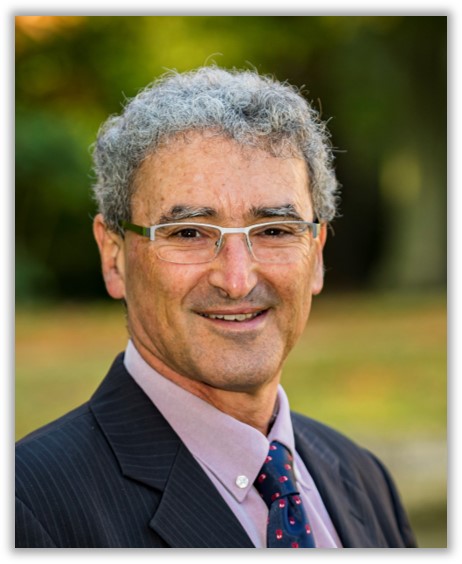 Rafael Sacks is Professor of Civil Engineering at the Technion – Israel Institute of Technology. His research focuses on Building Information Modeling (BIM), Lean Construction and the synergies between them. He is director of the National Building Research Institute at the Technion and head of the Virtual Construction Laboratory. Research projects in the Virtual Construction Lab include development of BIM-enabled lean production control systems, BIM technology and Digital Twin Construction (see CBIM and BIM2TWIN). He has authored 90 papers in international peer-reviewed journals, 105 conference papers, and numerous book chapters. He is the lead author of the “BIM Handbook“, currently in its 3rd edition, and of the book “Building Lean, Building BIM: Changing Construction the Tidhar Way“.